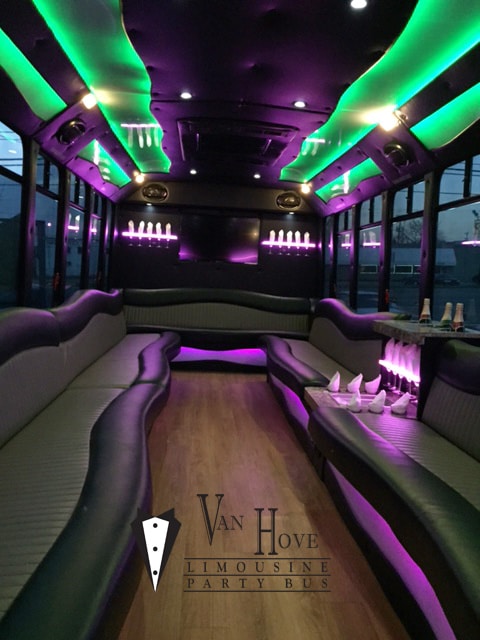 Summers finally here and every year with that comes a long list of concerts at DTE Energy Music Theatre.  Located right next to Pine Knob Ski mountain at 7774 Sashabaw Rd, Clarkston, MI 48348.  This year will be no different.  The concerts kick off on May 22nd with Dierks Bentley and Randy Houser.  Let Van Hove Limousine help get you and all of your friends to any of these concerts safe and while having a good time doing it.  With our party buses you and your friends can enjoy the party as soon as we pick you up.  We are license, insured and inspected company.  So with that allows those of you who are 21 and over the ability to bring alcohol on our buses and drink in on the way to the concert.  You can even hang out in the bus and pre game once we get to the concert if the opening band isn’t your favorite!  We will have specials going for all of the non Saturday concerts.  Saturdays will be normal price.  We will soon also be offering a pay by the head shuttle service to DTE for those of you that do not have enough people to rent an entire party bus.

Florence and the Machine & Of Monsters and Men – Saturday June 11th